1000-lb Sisters star Amy Slaton can’t hide her weight loss results forever, and it looks like the time has finally come to reveal. Fans post pic with her online, and her weight loss is shocking.

1000-lb Sisters personality Amy Slaton is surprising fans because she is dropping weight after season two of the TLC show ended. When the cameras shut off and fans could no longer keep updates on her, she weighed in at 270 pounds. Her doctors want to see her get to under 200 pounds. And even though she can’t come right out and say her progress, that doesn’t mean others can’t.

Amy has made it known that she welcomes fans coming over and asking to say hello. Some fans are even lucky enough to grab a pic alongside the star. These pics help fans peer into the weight loss that Amy has achieved while away from the cameras. She has gone from 406 pounds to it looks like maybe 230 now. And still losing more and more every day. 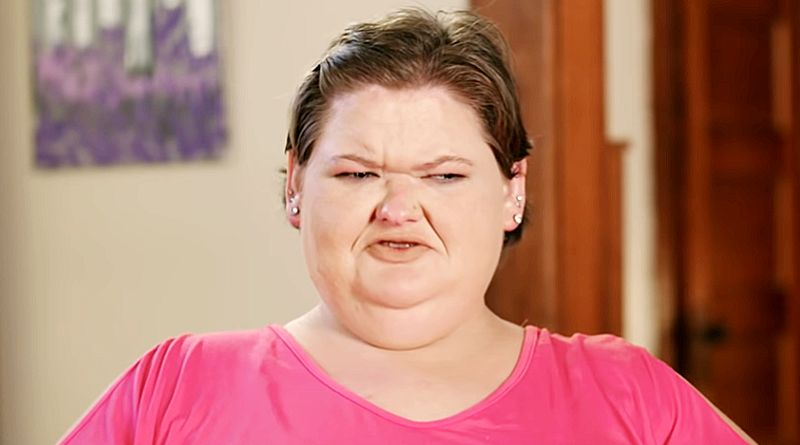 TLC Star Struggles with Her Journey

1000-lb Sisters features Amy Slaton and her rise to fame alongside her sister Tammy Slaton. In the first season of the show, Amy underwent weight-loss surgery, and her sister didn’t. By the time season, two came around; she had dropped over 100 pounds. Tammy, meanwhile, had gained over 100. Amy found herself pregnant, and that put a pause on her weight loss drastically. While she didn’t gain more than 5 pounds, she didn’t lose anymore either.

While she was pregnant, she gave in to most of her cravings. One craving sent her to the hospital when she got terrible gas from eating Chinese food for breakfast. Fans were convinced she would stretch out her stomach and gain all her weight back. But that doesn’t seem to be the case. Once baby Gage Halterman was born, she jumped right back on track and started losing again. 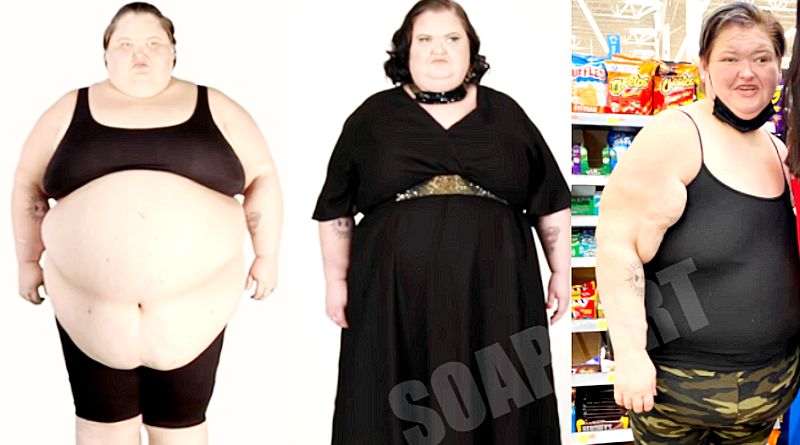 1000-lb Sisters: How Much Does Amy Slaton Weigh?

Amy Slaton from 1000-lb Sisters is leaving lots to the imagination when it comes to how much she currently weighs. She can’t share due to her contract with TLC. But even still, it’s a hard question to answer. The fact is that while Amy is losing weight, it will continue to change. So until season three fans will not know a number. But they aren’t left in the dark.

The pictures above show improvement with the star. Fans will constantly be posting pictures of Amy to show off they met her. Unless the producers stop her from taking pictures with fans, she will continue to update people. Will Amy keep up the good work?

Want more on 1000-lb Sisters? Soap Dirt has you covered.

How To Make Perfect Cheese Omelette – Recipe, Tips And Tricks Inside

Always Hungry Midmorning? You May Not Be Eating Enough Calories at Breakfast

Always Hungry Mid-Morning? You May Not Be Eating Enough Calories at Breakfast

Can Collagen Help You Lose Weight?