Set your alarm! Eating breakfast before 8:30am can reduce your risk of developing type 2 diabetes, study finds

By Ian Randall For Mailonline

Eating breakfast before 8:30 in the morning can lower your insulin resistance, reducing your risk of developing type 2 diabetes, a study found.

In people with type 2 diabetes, insulin which allows glucose to enter and fuel cells does not work properly.  Diabetics are at risk of serious health complications.

These can include damage to the eyes, heart and feet — with patients treated through dietary changes, medication, weight loss and exercise.

Experts from the US analysed health and dietary data on more than 10,500 adults to see how the timing and duration of daily consumption affects diabetic risk factors.

The work was inspired by past studies that suggested that ‘time-restricted eating’ — eating only in a shorter timeframe during the day — improves metabolic health. 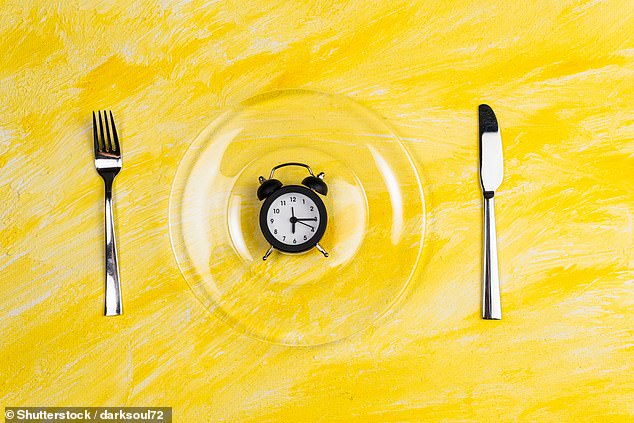 Eating breakfast before 8:30 in the morning can lower your blood sugar levels and insulin resistance, reducing your risk of developing type 2 diabetes, a study found

‘We found people who started eating earlier in the day had lower blood sugar levels and less insulin resistance,’ said paper author and endocrinologist Marriam Ali of the Northwestern University in Chicago, Illinois.

‘With a rise in metabolic disorders such as diabetes, we wanted to expand our understanding of nutritional strategies to aid in addressing this growing concern.’

In their study, the team analysed data on the health and dietary intake of 10,574 US adults who enrolled in the National Health and Nutrition Examination Survey.

They divided the subjects into six groups based on both their total duration of food intake — less than 10 hours across the day, 10–13 hours and more than 13 hours — and by whether they ate for the first time each day before or after 8.30am.

The researchers then compared each group to investigate how the duration and timing of daily consumption might affect fasting blood sugar levels and estimated levels of inulin resistance.

The team’s analysis revealed that fasting blood sugar levels did not differ significantly between the groups.

However, they found that insulin resistance was higher among those who ate over a shorter duration across the day — and lower in all groups that began earing before 8.30 in the morning.

The full findings of the study are being presented at ENDO 2021, the annual meeting of the Endocrine Society, which is being held virtually from March 20–23, 2021.

Diabetes is a lifelong condition that causes a person’s blood sugar level to become too high.

There are two main types of diabetes:

– Type 1, where the body’s immune system attacks and destroys the cells that produce insulin.

– Type 2, where the body does not produce enough insulin, or the body’s cells do not react to insulin.

In the UK, around 90% of all adults with diabetes have Type 2.

Reducing the risk of Type 2 diabetes can be achieved through healthy eating, regular exercise and achieving a healthy body weight.