Overdoses from opioid addiction are on the rise again in Allegheny County and across the country. Experts say the COVID-19 pandemic has been making the problem worse. PublicSource has reported on how recovery workers are trying to adapt and today we are featuring stories from survivors and the loved ones of victims.

When Rachel Kruze’s boyfriend, Curtis Radke, was leaving her car one day back in August, she stopped him.

“You don’t seem well, and I feel like I’m never going to see you again,” she said.

The night before, Radke admitted to her that he had relapsed on heroin after she found a syringe in his backpack and confronted him. He used heroin in front of her that morning for the first time before they left for Radke’s work. She wanted him to go into detox right away, but he wanted to finish up a bricklaying job he’d started. He promised to get help the next day.

They hugged and kissed. “Rachel, I’m going to get really sick if I don’t get Suboxone or heroin today,” he told her.

Related: Survivors and loved ones recount the pains of Southwestern Pennsylvania’s opioid crisis during COVID

As she drove away, she saw him walk up to people at a gas station, but she had to look away.

Curtis’ brother Carl had already turned away. Earlier that month, Carl had an opportunity to see Curtis but declined. He wasn’t ready.

The last time they saw each other in person was at their grandfather’s 2017 funeral. They were pallbearers. Carl had recently refused to give his brother any money. Their interactions were tense.

Curtis’ addiction had a big impact on the family, including their finances. He’d steal jewelry, bicycles, TVs and money. He’d borrow money and not pay it back. The family would pay for rehabilitation centers only to see him relapse. “25 years of addiction, that adds up,” Carl said.

That didn’t stop Carl from telling Curtis at the funeral that he loved him.

Radke and Kruze, both 40 last August, were friends in high school but drifted apart when Radke started using illegal drugs. They reconnected on Facebook in 2017 and supported each other through divorces. Kruze could talk with Radke in a way she couldn’t talk to her ex-husband. They started to date in August 2019.

At first, that just meant phone calls and letters: Radke had to serve a few months in jail for not showing up to a court hearing for money he owed. They continued in a distance relationship when Radke transferred to a halfway house. The distance was in part due to the pandemic and in part because Radke wanted to leave his visitation times open for his three children.

It wasn’t until May, nine months into their relationship, that they finally met in person at a Starbucks. They talked for two hours. “We felt like we were at home with one another,” she said. “I felt more myself with Curtis and he with me than I had ever felt with anybody and that was our first time seeing each other.”

Radke moved in with Kruze the next month. Kruze would’ve preferred to take things more slowly but Radke had trouble finding housing during the pandemic. He told her he would relapse if he moved into a transition house where he feared drugs would be prevalent. He didn’t know anyone in Center Township in Beaver County, where she lived, so she thought it would be easier to avoid bad influences.

Kruze had to convince her ex-husband that taking Radke in would be safe for their 10-year-old son. He ran a background check on Radke before agreeing. 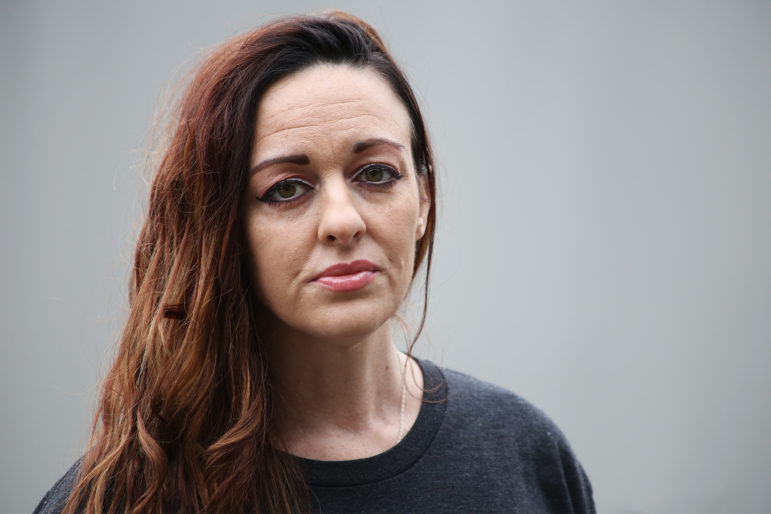 Living with Radke was great, she said. He was open and warm, and she could talk with him like no one else. He helped her talk through her anxiety and even helped her son talk through his own anxieties.

She drove him an hour into work every day in Pittsburgh and then drove back to pick him up. It took four hours of her day but it meant she always knew where he was.

The pandemic made recovery harder for Radke, she said. “He didn’t have anything normal to come out to,” she said. “Everything had changed.”

Carl grew up idolizing Curtis, who was five years older and a multi-sport athlete. They watched TV together, ate the same food and he copied how he dressed.

But in high school, Curtis began using drugs. During Carl’s 12th birthday party, the police showed up in their upper-middle class neighborhood to arrest Curtis, after an incident the night before. “It was very scary,” Carl said. “It brought the party to an abrupt halt.”

Their dad had to call each of his friend’s parents and explain what had happened.

Over the years, Carl, who moved away from their South Hills home after he turned 18, had largely learned to stay away from the ups and downs of his brother’s addiction. “I just thought he was a thief and a liar and a shitty person,” he said. “I had a lot of anger.”

He’d see him over the holidays and then not hear from him for a year, when he’d receive an email asking for money.

“It took me a longer time to understand he was ill and had an addiction,” he said. “That allowed me to have more peace. It wasn’t him at his core.”

After a couple months living with Kruze, Curtis started coming home drenched in sweat from his bricklaying job. He started to sit on a couch across from Kruze rather than sitting right next to her. He didn’t talk as openly and began taking longer showers. When she woke up at night, he was already awake. His face started to look gaunt and he began to pick at his arms and face.

Kruze didn’t even drink, so she didn’t know what signs to look for. And Radke always had an explanation: he had insomnia; he was feeling anxious; work was making him lose weight.

After Kruze pulled away from Radke that August morning, she called his boss. She was afraid something might happen at work. Radke’s boss, who had been sober for decades, drove him to a detox center. But Radke didn’t want to go in right away and eventually his boss had to leave.

Kruze started to receive angry, incoherent texts from Radke, who was mad that she told his boss. He didn’t come home that night. The following morning, he called and he sounded like himself again, she said. He told her he needed to take some prescription pills to be admitted to a particular detox facility. He told her, don’t worry. In 25 years of using, he’d never overdosed.

When three hours passed without hearing from him, she began to worry. He didn’t answer her calls. Five hours later, a policeman finally answered Radke’s phone and told her he was gone. He had overdosed underneath the McArdle Roadway Viaduct on the South Side. 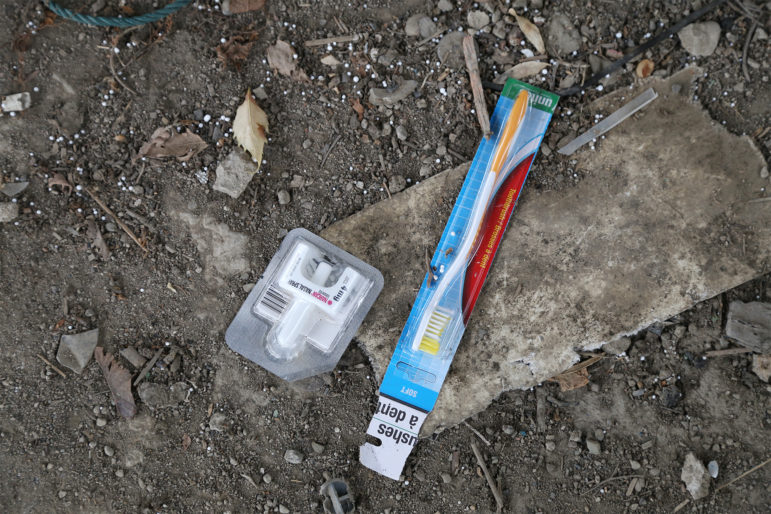 A dose of Narcan nasal spray and a toothbrush, seen near the site where Rachel Kruze’s boyfriend overdosed and died. (Photo by Ryan Loew/PublicSource)

Kruze couldn’t go to work for weeks. She dreamed about his body, which she saw after the autopsy right before it was cremated. When she woke up in the morning, it took a second to remember why he was gone. She couldn’t escape feeling alone at night. She cried every day.

“So my life is a mess currently,” she said in September, less than a month after Radke had passed. “I have a lot of sadness, a lot of anger, a lot of guilt on my end.”

At first, Kruze’s ex-husband wanted her to tell their son that Radke had left without an explanation, she said. But after a couple days, Kruze decided to tell him the truth.

“Remember how we talked about Curtis’ past and he has to fight very hard to stay well?” she told him. “Unfortunately, he was struggling with a lot of sadness that had nothing to do with you or me and relapsed and he started using drugs again. The last time he used, he fell asleep and passed away.”

At first, it made her son feel anxious. He worried about being offered drugs himself and about death. But eventually he began to comfort Kruze. “Mom, you don’t have to cry,” she said he told her. “Curtis isn’t gone, he’s still here with us. He’s always here with us.”

Carl, who has been employed as a reality TV personality for the past few years, pledged to raise money for an addiction center and said he had begun to address his own problems with alcohol in therapy.

After a couple months, Kruze started back at work as a consultant for a healthcare company but she thinks about Radke often.

“It doesn’t matter what kind of day he was having emotionally or struggling with potentially thinking of using,” she said. “He would always put me first. He would call me and make sure I was OK.”

Oliver Morrison is PublicSource’s environment and health reporter. He can be reached at oliver@publicsource.org or on Twitter @ORMorrison.

This story was fact-checked by Emily Briselli.